Los Angeles is a city for cinephiles. Almost any given night of the week, you’ll find a theater showing a classic film, and last night was no exception – only this time, instead of a theater, it was the Montalban on Vine.

This event run by Rooftop Cinema Club is unsurpassed for its comfortable lounge chairs, well-kept location, and incredible views. It also happens to have delicious food.

Magneto and I watched Casablanca, and I was inspired to be a little thematic with my choice of drinks. I used my free drink ticket (available when you buy the loveseat option) for a glass of sparkling wine, making me feel like I was drinking with Bogart on screen.

We ended up ordering two snack-ish items, which turned out relatively well. The fries, pictured above, were crispy and nicely seasoned. The truffle parm was a nice touch.

The nachos were fine, though the movie theater cheese sauce might have been swapped out for a more interesting cheese sauce for added value. 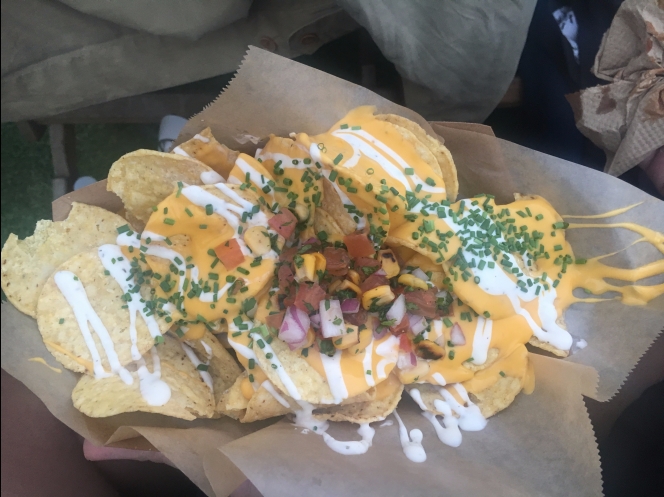 As much as I adore this film, with its snappy dialogue and gorgeous fashion, we found that the nachos (and the sound going out and video stopping in the middle of the first act) could’ve been improved upon.