The Brits have a very old tradition of having a rather large meal Sunday evening – some say it was a meal cooked mostly in the oven while the family were at church, others say it’s evolved from an even older tradition of serfs having a roast at the end of their week of serving their lord. Either way, it’s become a bit of a thing for many, and I wanted to give Magneto a little taste of England this week.

I started with the roast: 3.2 lbs of chuck roast, fresh from the butcher, seasoned liberally with salt and pepper before being seared hard on each side. Then I dumped it in the slow-cooker on top of a bunch of carrots, onions, and garlic, topped with almost 2 cups of good red wine (a sweeter Cabernet happened to be on hand), some thyme, and a touch of apple cider vinegar and grapeseed oil.

While that was cooking, I prepped all my veg for the stuffing. More carrots, some celery, and half a large onion went into the food processor, then I cubed up some of that salty bread from the no-knead experiment, and toasted it all together with two chicken-apple-sage sausages in the oven.

Then I rested. Because Sunday is a day of rest.

But I couldn’t possibly leave the Sunday roast being just meat and stuffing! I tossed a bunch of baby potatoes (red, yellow, and purple – yes!) with grapeseed oil, fresh thyme, and large, cracked cloves of garlic, and put them in a 350F oven to roast.

I realized we also needed real veggies to go with all this starch and protein, so I prepped my brussels sprouts and rainbow carrots, steaming them together for a bit before letting them rest – I’d end up hard sautéing them right before serving dinner. 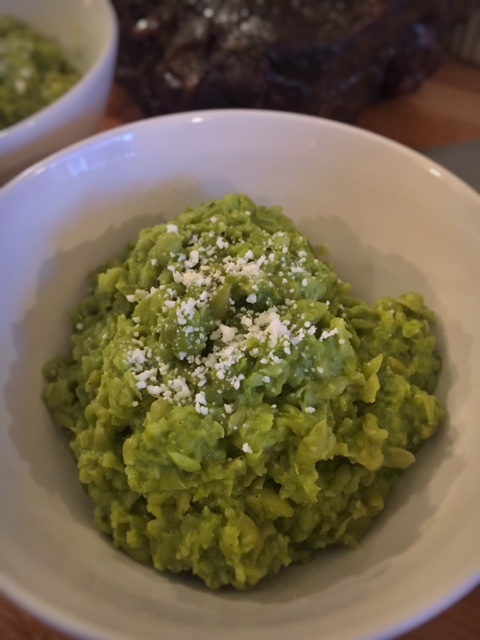 Mushy peas are one of my favorite things about English food, so I dumped a bag of frozen peas into a saucepan with about 3tbsp of butter and a bit of fresh cracked pepper. Stirring that for about 10 minutes yielded soft peas and melted butter, which I squeezed lemon juice into, then hit with the immersion hand blender until I got the consistency I wanted. Garnishing those with a tiny bit of cotjia cheese not only brought in a little California vibe, but also lent some subtle salt to the dish.

With about 45 minutes left on the roast, I made the batter for my Yorkshire pudding, letting it rest for 25 minutes before putting my mini baking pans a 400F oven to preheat. When that was done, I poured the batter into the pans and let the puds bake for about 15 minutes.

Of course, one can’t have a traditional English Sunday roast without a proper dessert, so I had spent the morning assembling a berry trifle into the form of a cake, so it would be able to stand without support. Homemade unsweetened whipped cream, vanilla cake, vanilla pudding, and fresh-from-the-farm berries came together to make this dessert a beauty. 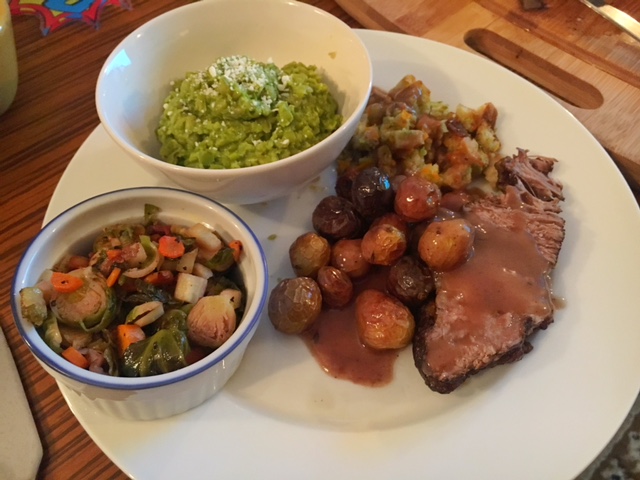 All told, this meal set us back about 756 calories, not including the hefeweizen. As long as portion control is enforced, you can totally indulge without breaking the calorie bank! 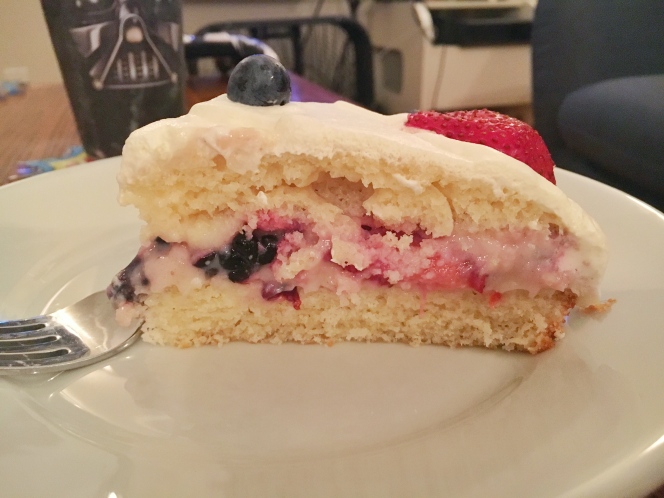